A sports journalist covering almost everything from boxing, F1 and UFC to rugby, cricket and Barnet FC 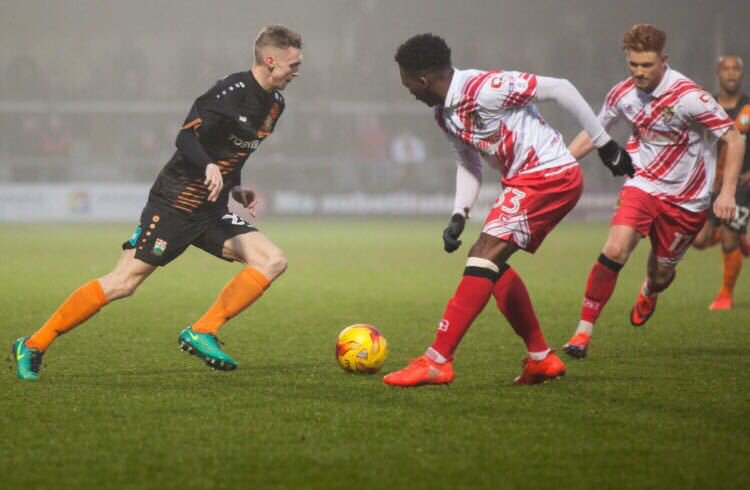 Jack Taylor has impressed for Barnet despite his tender years

Barnet youngster Jack Taylor’s good form has drawn the attentions of scouts for the Republic of Ireland.

Having signed his first professional deal in April, Taylor was handed his first-team debut in October against Norwich in the EFL Trophy.

And since the departure of Bees legend Martin Allen to manage Eastleigh, the 18-year-old has been a firm fixture in the midfield of interim boss Rossi Eames.

His impressive performances are understood to have caught the eye of the Republic of Ireland set-up, who sent scouts to Barnet v Newport County at the Hive to monitor him.

The Barnet midfielder, whose older brother Harry also plays for the club, has 18 months remaining on his current contract.

However, there is an option for the club to extend his stay by a further year.

Ireland representatives are not the first scouts to have watched Taylor this season, with a host of clubs from across the country having sent officials to assess his talents.

West Ham United are reportedly interested in signing both Taylor brothers, according to the Evening Standard.

Taylor has featured at right-back this season but is generally preferred in central midfield.

This is great news for the club and for the player himself. Every fan I’ve spoken to has told me how excited they are about his abilities and since Eames took over he has grown into his role in central midfield.

International recognition would be the kind of thing he deserves and if that results in a call-up to the Ireland under-19s or something similar, that would be a huge confidence boost. Might it alert his native England to his abilities? Quite possibly.